The LED congratulates its partner Sustainable Agriculture Tanzania (SAT) to the «One World Award (OWA)». Since 2008, this prize has been awarded to people and their projects who have especially contributed to a positve globalisation.

This was the sixth time that the «One World Award (OWA)» was presented by the International Federation of Organic Agriculture (IFOAM) and Rapunzel. This year, Sustainable Agriculture Tanzania (SAT), a local project partner from LED, received this special award. «Being one of the winners is a huge honour for us and we are very grateful for it» says Janet Maro, Executive Director of SAT with full enthusiasm. A total of six organisations/people were awarded with a total prize money of 45,000 euros.

More than just a prize

The OWA aims to promote globalisation based on the four pillars of sustainability, ecology, economy and social and cultural aspects. It encourages a strong commitment to a future worth living and is intended to give recognition to creative projects. Janet Maro also sees opportunities in the award: «On the one hand, it shows us that we have done the right thing over the last 10 years, on the other hand, this award will also help us to move forward. It will help us establish a name internationally but also reach more farmers here.» SAT is the only organisation from Africa who has won the award.

«We work beyond the grassroots»

SAT has many projects that work directly with farmers. However, the projects that deal with policy and laws are the highlight. «Through the project funded by LED, we can influence policy and general education conditions, and it helps us being recognized by the government as well.» There is a long-standing cooperation between SAT and LED, which has already resulted in several success stories. 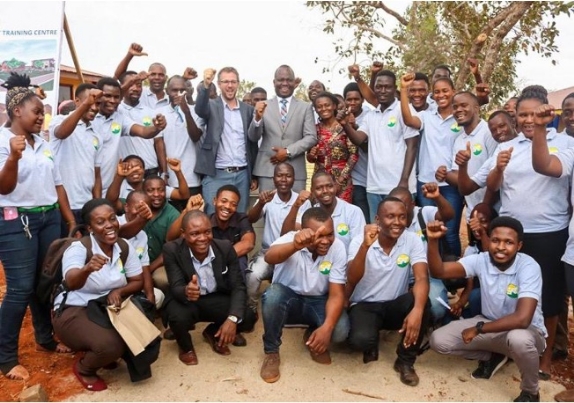